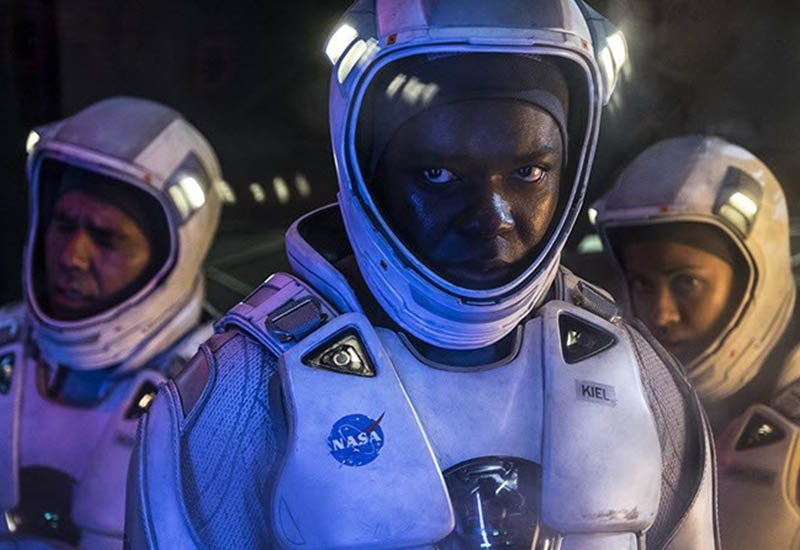 Cloverfield Paradox is Netflix original film and it is third film from Cloverfield universe.

In the near future, there is an energy crisis on Earth. The Cloverfield Station with a international crew will test the Shepard particle accelerator expecting to generate energy for all countries solving the energy problem. However, the experiment goes wrong and damages the station. At the same tine, strange things are happening in the ship. Now the crew find themselves struggle to survive.

Cloverfield Paradox it is not completely original movie.  Many of the concepts in the movie are copy from Star Trek movies and TV shows.   But the movie is well made and still entertaining.

By no mean the movie is perfect.  But there are lots of things that I like about the movie.  The acting is very good.  Space CG and special effects are very good.  The pace is good. There are enough suspense and mystery to keep you on the edge of your seat until the end.

Now the bad things about the movie. The movie doesn’t really explains all the strange things are happening in the ship that causes many to die. Some of the science and physics are not believable.  At the end of the movie, you feel bit betrayed because the movie isn’t made to add to the Cloverfield universe. I feel like they just slap the Cloverfield title for marketing purposes. It is very obvious that the team behind the Cloverfield series is simply purchasing films that are already shot or written and re-working them to fit within Cloverfield Universe. 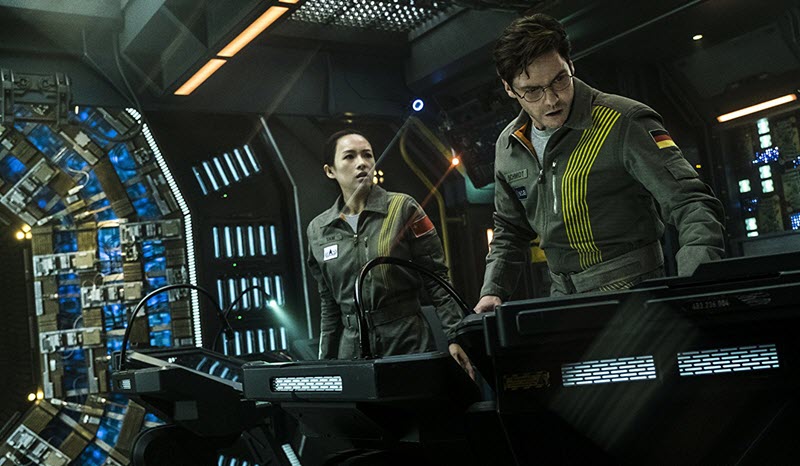 The story is pretty simple.  Synopsis of the movie is explained in first few minuets of the movie. Basically, it explains Cloverfield universe by multi-dimension and alternate universe.

In the near future, there is an energy crisis on Earth. Only hope for the survival of the earth is particle accelerator to generate unlimited energy to fuel the earth.  But there is risk.  If something goes wrong it can open up wormhole to other dimension that will cause disruption in the current universe. But they are desperate. Knowing the risk, they go ahead with the test.

Obviously, something goes wrong and they end up opening wormhole to other dimensions which caused monster to come out from other dimension.  This gateway also effects different time period. It can effects earth in the past and the future. This is how they explains the Cloverfield universe.

First movie, Cloverfield is found-footage film occurred in some time in 2008.  A giant monster came out of nowhere and started to destroy New York City.  The movie doesn’t really explain anything about the monster and where it came from.

In Cloverfield Paradox, the space station Shepherd find themselves in different dimension in alternate earth. Afterwards, many strange things are happening in the ship.  The movie doesn’t really explain why these strange things are happening to the crew.  But what I got from the movie is basically that the alternate universe is sending a message to the crew that they don’t belong there. All the crew members die at the end, except for two. At the end, the surviving crew returned to earth with a giant monster which looks much bigger and aggressive then one from first Cloverfield movie roaming the earth.

Only way to really ties all Cloverfield movies together is the fact that they are all occurring in different universe.  The space station Shepherd is responsible for opening a wormhole which brought different monsters and aliens from other dimensions and universe. I know. This explanation is far fetch, but the film makers weren’t thinking it through when they made each film.

If you are a fan of Cloverfield universe and fan of sci-fi horror, this is must watch. I give 4 out of 5 stars.