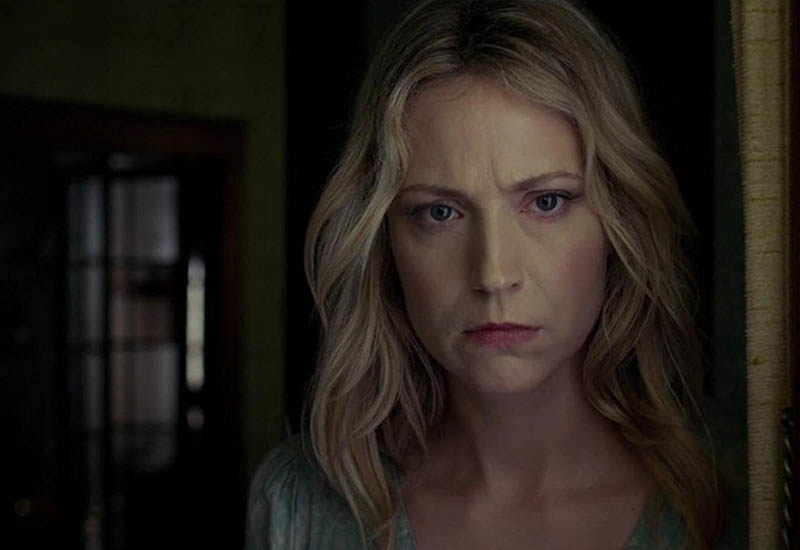 Intruders is a home invasion horror with a twist.

Intruders is about character named Anna.  She lives with her brother who is very ill.  She spends all day taking care of her brother.  When brother died, she is left alone in the big house.  So when trio of criminals break into her house, she finds herself fighting for her life.  But what the intruders don’t realize is that she is not a vulnerable woman.  She has a dark past.

Intruders is an entertaining home invasion horror/thriller with big twists.  I recommend you to watch the movie without knowing anything about the movie.  In fact, don’t even watch the trailer.

It starts out as a typical home invasion thriller, but it quickly turn into something completely different.  So I’ll try not to give away too much about the movie.

Unfortunately, the movie starts out bit slow.  We get to learn about Anna and her back story little bit in the beginning of the movie.  But once we see the intruders break into the house, the pace of the movie picks up.  Rest of the movie turns into exciting thriller with surprise twists.  There are enough twists in the movie to keep you glue to the screen until the end.

Disappointing part of the movie is the ending. I thought ending could be better. But the ending doesn’t really ruin the film.  It still is a entertaining thriller to watch. 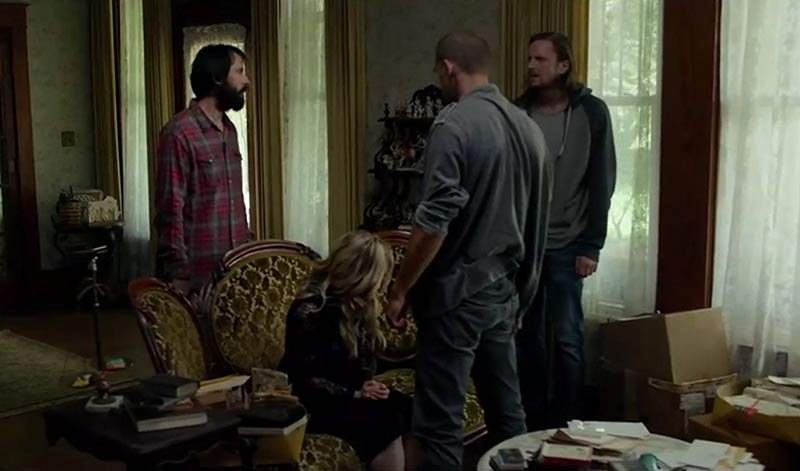 There are few surprises revealed in the movie.  First surprise is the fact that she suffer from agoraphobia and can’t leave the house.  This surprise isn’t revealed right away.  We knew that Anna hasn’t left the house for long time but don’t know exactly why.  The reason why she didn’t go to her brother’s funeral is because of her condition.

The fact that Anna is suffering from agoraphobia is revealed when three intruders broke in her house.  Once we know that she can’t leave the house, it made the movie more interesting because she can’t just run away from the intruders.

The big surprised of the movie is the Anna’s dark past.  We find out later that Anna and her brother has been working together to kidnap people and killing them in the basement.  She and her brother turned the basement into a trap, and they setup a very sophisticated remote control system where she can control many aspects of the house such as closing and locking some of the doors.  What didn’t make sense is that her remote controller looks very simple and she seems to be controlling the entire house with just one switch.

What we find out is that Anna and her brother was kidnapping different rapist and abusers and torture them, and eventually killing them.  She thought that she is doing a good service to the society by getting rid of them and bring vengeance to them.

Final surprise ending is that after she killed all the intruders, she burned the house and walked outside the house.  This makes you think twice about her agoraphobia condition.  Did she really have this condition or was she faking it?  Earlier in the movie, she had interesting conversation with her dying brother.  Her brother’s final wish was for her to go outside and live life after his death.  At the end, we can say that Anna decided to fulfill to her brother’s wish.

Intruders is home invasion horror with a twist. It’s not perfect but it is entertaining. [4 out of 5 stars]