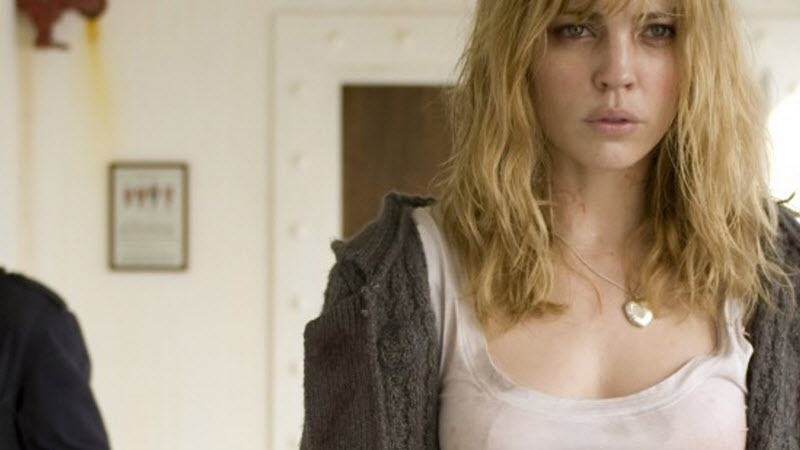 Triangle is one of the hidden gem that most people have missed.  This movie is awesome and it will blow your mind.

The story revolves around the main character named Jess.  She is struggling single mom with a son with Autism.

The story begins when she went sailing with group of her friend.  During the sailing, she cannot shake the feeling that there is something wrong.  Soon the yacht caught in a storm and sank. The group is forced to board a passing ocean liner to get to safety.  Soon the group discovered that the boat is very unusual boast and they find themselves struggling to survive.

You probably have missed this mind blowing movie. If you haven’t watched the movie yet, this movie works the best if you don’t know anything about the movie.  Don’t even look at the trailer.  Just watch the movie cold as you can.

The movie has attention to detail. This is type of movie that you must watch more than once.  Every time you watch it again, you’ll discover new things about the movie. Every scene and dialogues has some kind of meaning and purpose behind, so you have to pay attention to every second of the movie.

Just for your information, Triangle is not a ghost ship movie.  It is bit hard to categorize the movie, but the closest I could categorize is Sci-fi horror.

Bottom line, the movie isn’t that you think it is. The movie has really big twist at the end, and be prepare to get your mind blown.

Triangle is not a big budget Hollywood film but it is done very well.  Acting is top notch specially Melissa George who plays the main character, Jess.  She is perfect for the role.

The movie is written and directed by Christopher Smith. 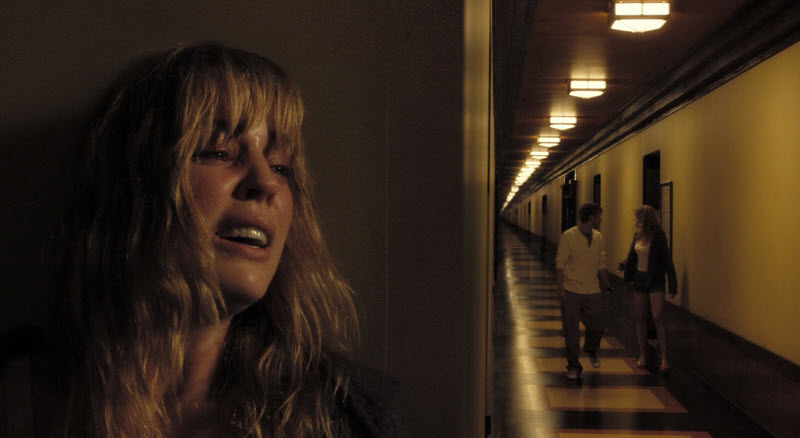 When you watch the movie, you’ll quickly noticed that Jess and the group is in some kind of loop.  Surprise twist of the movie is that the loop is center around Jess and isn’t just inside the ghost ship.  The loop extend into her life.

So you might be thinking what the heck is going on.

Here is my explanation of the movie. Reminder that the movie is bit ambitious on what is going on, but when you pay attention to the movie closely, there are lots of little clues to what is happening.

Before the loop begins, the story begins when Jess is meeting up with Greg for sailing.  She wants to impress Greg, so she got her dress on. She was planning to take her son and have some kind of family day.  But it was a bad day for her and she finally cracked. She got angry with her son, in a point where she was abusive.  She managed to get her thing ready and took her son in the car and headed towards the harbor.  But during the trip to harbor, she got in an accident and died with her son.

Ghost Jess is not in a dress anymore.  She is now in shorts and T-shirt.  She is greeted by the Taxi driver.  It is obvious that Taxi driver is some kind of Grime Reaper or death.  She dropped her off at the harbor, and she goes on sailing with Greg and her friends.  At this point the loops starts. In order to get out of the loop in the ghost ship, she has to kill everyone.  She thinks that if she get out of the ghost ship, everything will be normal, but the big twist of the movie is that the loops go back to the morning of the sailing trip and she has to face the death of her son all over again.

It is obvious that she is some kind of hell and she is going to go through death of her son and struggle to save him in eternally. 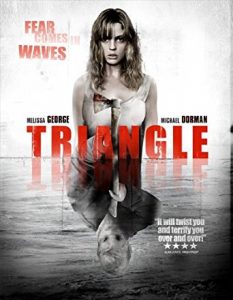 Triangle will blow your mind, and it makes you think about for a while after.  I give 5 out of 5 stars.