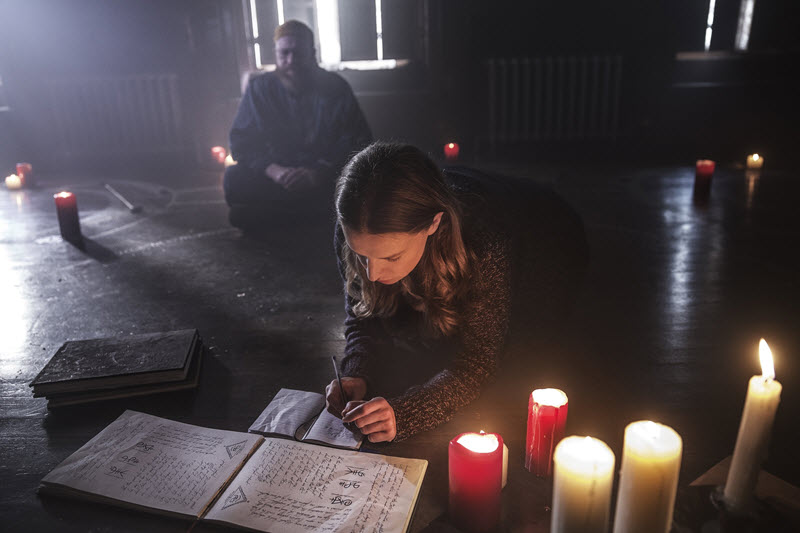 A Dark Song is about a grieving mom who hired an occultist to contact her dead song. But something terribly goes wrong.

A grieving mom Sophia Howard played by Catherine Walker rents a house in the countryside of Wales and hires the occultist Joseph Solomon to contact his dead son. With guidance by Joseph the occultist, they locked themselves in the house for few days to perform brutal occultic rituals. However Sophia has a hidden agenda that jeopardizes their lives. Because of her hidden agenda, they are faced with something even more terrifying.

A Dark Song is pitched as a horror movie, but the movie is really about strange relationship between Sophia and Joseph, and internal struggle of a grieving mother.  But don’t get me wrong, the movie does have quite a bit of horror element in the movie.  The atmosphere of the entire movie was very eerie and creepy. The music is specially eerie and it adds so much to the movie.  A Dark Song is definitely not a typical horror movie.

The movie sets up for the big climax at the end. The last 30 minuets of the movie hell broke loose.  It gets pretty intense and crazy at the end, but I was bit disappointed with the special effects.  The so called demons doesn’t look that impressive and wasn’t scary at all.  But then again this is not a big budget Hollywood movie, and I understand that they are working with limited budget.

The movie does have interesting ending.  The ending is bit predictable but it is executed well. There is no big surprise or crazy twist but it was satisfing.

The acting from two main actors are solid.  Interaction between Sophia and Joseph pretty much drive the movie, and they did a good job.

The movie is written and directed by Liam Gavin. It is his directing debut. 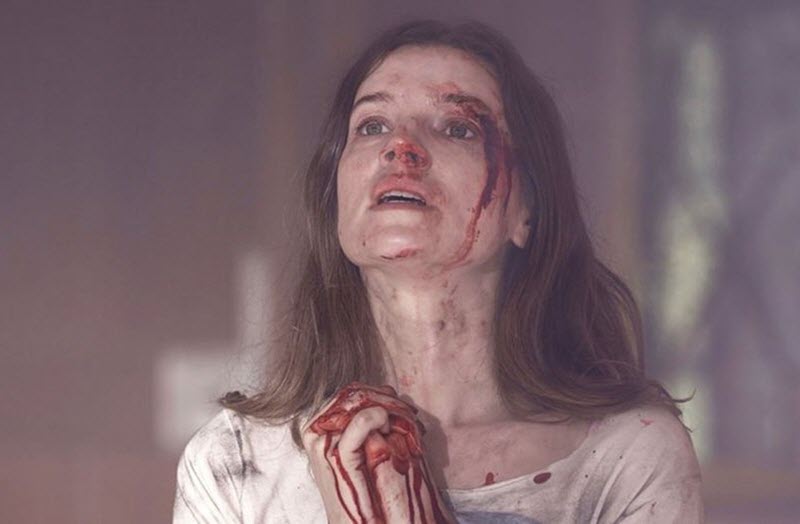 A Dark Song is not a typical horror movie.  It is not a perfect but it is good enough to enjoy. I give 4 out of 5 stars.