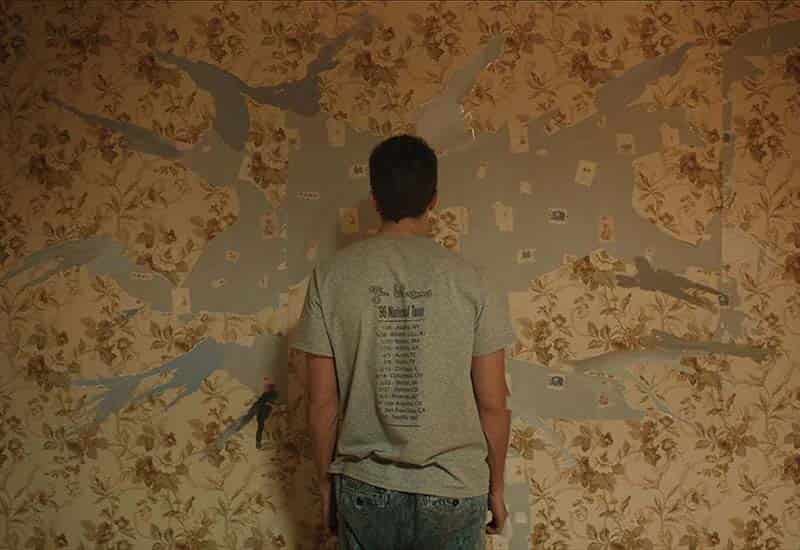 Delirium is very thought provoking horror film that many of the horror fans have missed.

A man recently released from a mental institute inherits a mansion after his wealthy parents die. After a series of disturbing events, he comes to believe it is haunted.

This film was innovative, thought provoking, and brilliantly constructed. If you enjoy movies that require thought and don’t spoon feed you everything you won’t be disappointed. Definitely heavily psychological and the horror element is not to be taken at all literally.

Delirium follows the story of Tom.  He just released from Metal Hospital.  It appears that he went through some traumatic experience in the past and he started to be delusional and see things.  So after his father’s death, he is released from the hospital to live at father’s big mansion. So for 30 days, he is stuck there while they observe his progress.  So stage is set for some entertaining horror film.  Throughout the movie, the audience are force to guess what is real and what is in Tom’s delusional mind.

In terms of horror element, you won’t be disappointed.  The movie sets the creepy and ereeri mood perfectly.  There are few very good jump scares and many scary scenes. The movie is lot darker than it appears to be.

Throughout the movie, it slowly revealed Tom’s trouble past and some of the traumatic experiences that he is struggling with which helps to determine what is real and what Is all in his head.

Some people might think the ending is bit anti-climactic but when you look at the movie as whole, ending makes perfect sense.

At the end, Delirium has good horror elements to it, but it is more of psychological thriller.  As we try to find what has happened to Tom’s character, and how he is coping with his traumatic past. 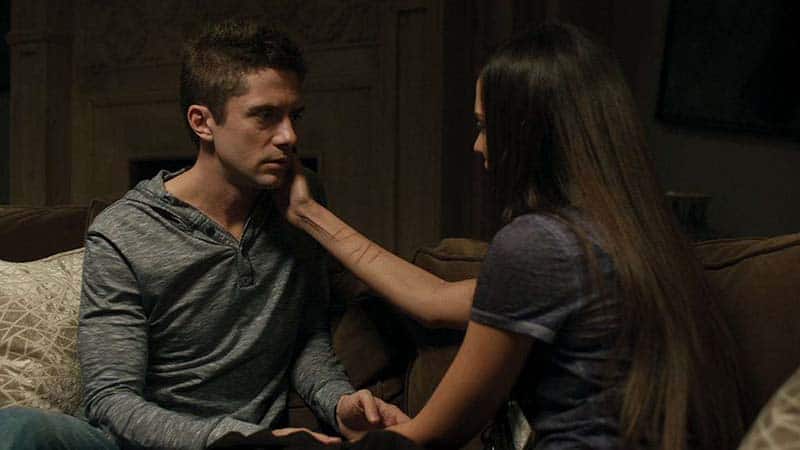 Whole point of the movie is to figure out what is real and what is in Tom’s head.  Obviously, a great deal here is not happening in the literal sense.  I suspect the time in the psychiatric hospital was meant to be an actual event, and all the traumatic events in Tom’s past is real.  But when Tom moved into his father’s mansion, it is hard to say whether or not he is actually residing in the house, or whether it is meant to represent a feeling of confinement.

Here we have an individual battling mental illness who seems to be systematically reliving painful events from his past that he has yet to come to terms with.  As he moved in the father’s mansion, he started to deal with painful events in his past.  We see him dealing with his dysfunctional relationship with father and mother.  Also, his painful relationship with his brother, and specially, his part in murdering of innocent girl.  Even the final scene is almost exact recreation of the murder he witnessed, but failed to stop. Except this time, he intervenes and saves the girl, who then saves him from drowning at the hands of his brother, a direct reversal of the original traumatic event.

The final scene in the movie entails the police showing up and simply asking, “Is this your house”. He simply replies, “It is now.” The house has represented his mind and the demons he is battling the whole time. Only after coming to terms with the events of his childhood and reimagining the traumatic event of the murder, he finally free. This is also indicated by him pulling the calendar with his countdown to freedom off the door, as he no longer needs it.  The psychological battle has been won and the house (his own mind) is finally his.  At the end, the movie is about Tom’s coming to terms with his trouble past and trying to be well.

This movie makes no sense if viewed superficially as something that is happening exactly as we see it depicted. But the trademark of many mental illnesses is belief in unbelievable things. Delusion is by definition illogical, irrational, and often terrifying. 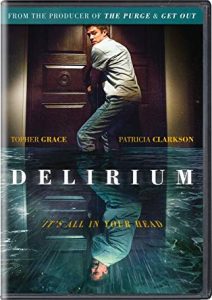 Delirium is thought provoking horror film that is lot better than you think it is.  [5 out of 5 stars]