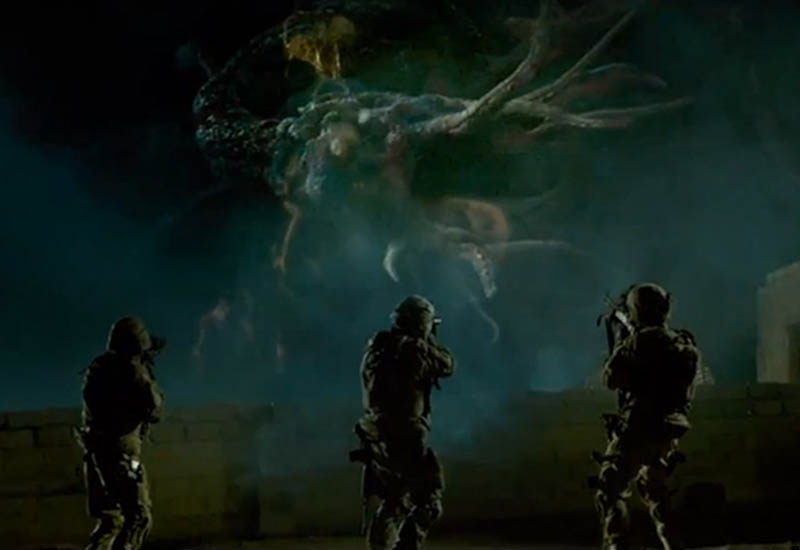 Monster The Dark Continent is sequel to the movie Monsters released on 2010.

Ten years on from the events of “Monsters”, and the ‘Infected Zones’ have now spread worldwide. The movie is set in Middle Eastern region where US military is battling the monsters.  But at the same time, they are battling with unfriendly locals who don’t like US military being there.

I was pretty disappointed that the movie is not Sci-Fi monster movie, but it is just a war movie.  The alien monsters are just the back drop in the story.  If there is no alien monsters, the movie still can stand on its own.  But in terms of war movie, it is descent war movie with good acting and some intense war actions. Only problem is that the movie is too long running over two hours.

The story is about on group of close friends from Detroit who joined the Army together to fight the aliens.  The movie is basically their war experiences.  The struggle they are facing aren’t against the monsters, but it’s with the local terrorist who are trying to kill them.  So the entire movie is about these group of friends who are fighting and trying to survive from local terrorists.

The monster special effects are very good.  They look very real.  But unfortunately, we don’t really know much about the monster.  They don’t really do much.  They are just very big and roaming around the desert.

Few minuets into the movie, you’ll quickly realized that the movie is just merely a war movie.  It has nothing to do with alien monsters.  I was almost ready to turn off the movie.  But I ended up finishing the movie because it was actually descent war movie.  If you are looking for Sci-Fi monster movie, you’ll be very disappointed.

In terms of war movie, it seems to have some kind of anti-war message.  But it was hard to tell.  There is really no point to the story.  The movie could be lot shorter if they cut out lots of pointless scenes.  I guess they put the monsters in the backdrop to make this war movie stands out from many other war movies that is out there. 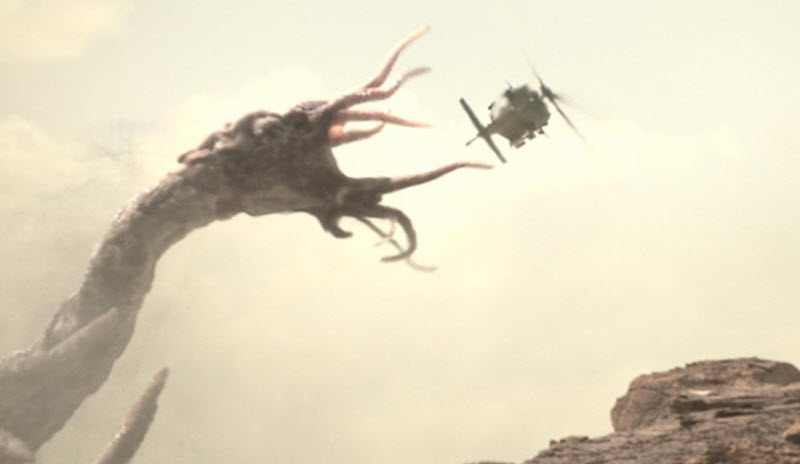 Monster The Dark Continent is a war movie disguised as Sci-Fi monster movie.  If you are looking for Sci-fi monster movie, you’ll be disappointed. [2 out of 5 stars]