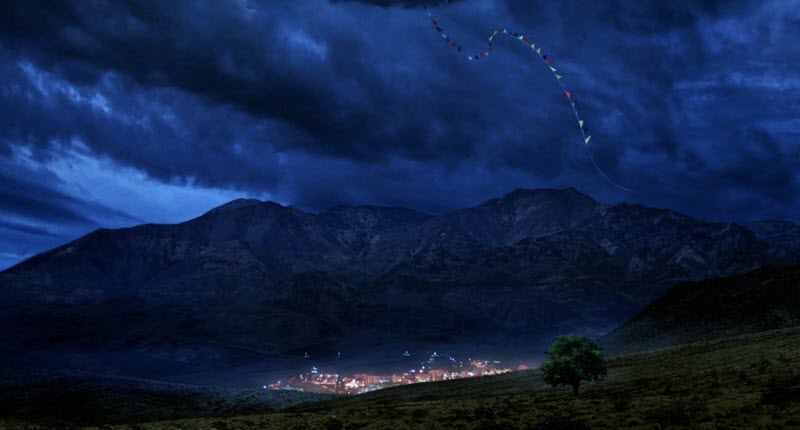 Nope is a movie about a rancher and his sister who has discovered a unidentified flying object.  So they decided to capture it on video with the help of tech salesman and videographer.  But they quickly found out that this UFO isn’t ordinary UFO. 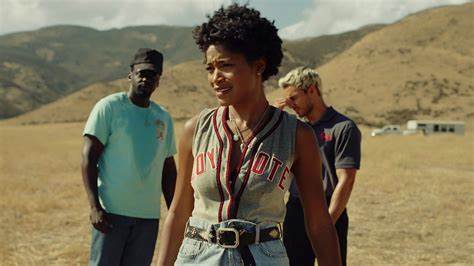 Nope is U.F.O. horror movie with a twist. The U.F.O. is not a typical alien from out of space. It is its own living creature who likes to eat people and living things. It likes to stay in one area hide from a cloud it created. The story is about a brother and sister rancher who discovered the U.F.O. and decided to capture it on the video with help from famous videographer and a local tech guy, so they can make some money from it. But they found out this is not a typical U.F.O. In fact, It is very dangerous creature.

The U.F.O. creature seems only eat living things but don’t like metal objects. We see it spitting out metal objects including coins. This is how Rancher’s father died in the beginning of the movie.

Then there is Ricky character who run this circus show nearby. We learned out he discovered the U.F.O. already and he tamed it and making money from it. But at the end, we found out you can’t really tame this wild U.F.O. creature. Soon it went rogue and ate everyone in the town.

Throughout the movie, we see reference of this chimp that Ricky was involved with when he was a child actor. When Ricky was child actor, the chimp was trained animal in the show, but something trigger the chimp and the chimp went rogue and killed everyone in the set except for Ricky. We don’t know why the chimp didn’t kill Ricky. This must be traumatic experience for Ricky but also he felt he was invincible.

On the side note, not everyone at the set got killed by the rogue chimp.  One of Ricky’s co-star survived.  But later, we see that her face is disfigured.

There are many similarities between the chimp and the U.F.O. They both appeared to be tamed creatures. But eventually they both went rogue and killed everyone. Only difference is that the chimp didn’t kill Ricky but U.F.O. did. Main theme of the movie is that wild animals can’t be tamed.

At the end, the ranchers was able to capture the creature on photo in its true form, and able to kill it.