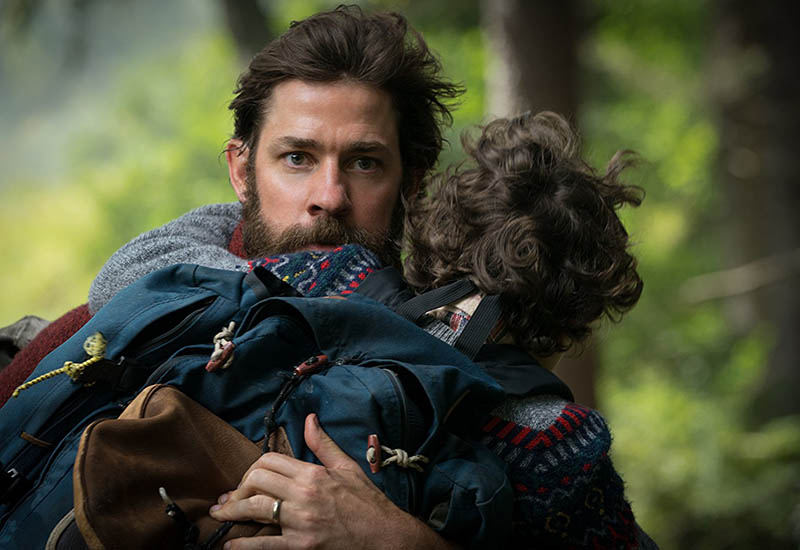 A Quiet Place is exciting non-stop suspense thriller with some problems.

A Quiet Place is about two parents who are struggling to protect their children from creatures who hunt by sound.  The family learned to live without making any sound, but all it takes is one noise and everything can go wrong.

A Quiet Place is very exciting suspense thriller with great acting and non-stop roller-coast ride until the end.  From the opening scene, the movie keep you on the edge of your seat.  Because they can’t make any noise, most of the scenes are silent which makes the suspense even more intensifying.

The acting is top notch from every actors.  You quickly relate to the parents and falling love with the kids right away.  You find yourself rooting for the family to survive.

The premise of the movie is very good.  Trying to live life without making sound is very good concept for a horror movie.  But when you are start thinking about the movie, there are lots of plot-holes in the movie that really make you frustrated.  One big example is that when you know you are in a dangerous world, why do you get pregnant.  Only thing baby does is poop and makes noise.  They ended up spending many months and lots of efforts to prepare for the birth of the baby.  But of course, everything goes wrong and it puts everyone in danger.  This is one of many plot-holes that really frustrated me.

John Krasinski from The Office stars and directed the movie.  He is not known as a horror director.  So even though movie has lots of horror elements to it, this isn’t really a horror movie.  A Quiet Place is more about two parents struggle to protect their young ones and dealing with lost of one of their child.  Emily Blunt character sums up pretty clearly in the movie, “Who are we if we can’t protect them? We have to protect them.” 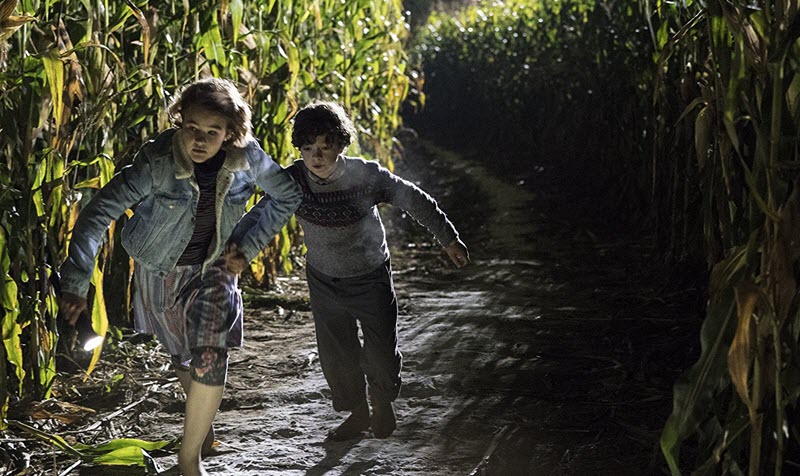 We don’t know too much about the creatures.  It looks like the creatures are some kind of aliens from out of space.  It appears that they have taken over the world and wiped out the military and most of the population.  The movie is set in apocalyptic world.

Obviously this family somehow survived, and we see that there are few other people survived in the world.  There is a scene in the movie with an old man, but we don’t know too much about the old man and his dead wife.  It just tells us that there are other who survived and struggling to live day to day.

In the beginning of the scene, it appears that Lee (John Krasinski) is communicating on top of the power by lighting the fire.  But the movie doesn’t really get into why he is doing it and who he is communicating with.

Like I mentioned earlier, it is well executed movie, but there are lots of plot-hole which made me frustrated specially the dad.  Dad supposed to protect the family but when you think about it, he hasn’t done a great job.

First of all, if you live in a very dangerous world where you can’t make any sound, wouldn’t you do much as you can to not get pregnant?  They ended up preparing for months for arrival of the baby and obviously, everything went wrong.  If you are a dad, why would you live the pregnant wife alone near the due date on this dangerous world?  They have created so many problems and risk safety of other family members by getting pregnant.  It’s one of the selfish thing they did to the family.

The nail that stick out on the stairs in the basement caused lots of damaged to the pregnant wife.  But the problem is that the nails on the stairs are nailed down from the top down.  You might see top of the nail pulled loose, but it will never puncture the feet like it did in the movie.  At the same time, when dad noticed the nail on the stairs, first thing he should have done is remove it so that other members in the family don’t get hurt by it.  But he just left it there.

In the opening scene, we see the little one get snatch up by the creature.  It appears that he is still too young to understand the dangerous environment he is in.  Knowing that why would you let the youngest one follow them at the very end of the line?  Dad or mom supposed to be the last one on the line, so he of she can watch over watch over the kids specially the youngest one.

We see later in the movie that they are able to speak softly around the river, and even scream near the waterfall because the creatures are used to that sound of nature.  So how don’t you live near the river and waterfall?  They even travel long distance to get fish from the river, so why not just live near by?

The creature appears to be easily distracted by any sound, so why not setup speakers or horns all over the area and blast them remotely.  In fact, I would have some fun with the creature by blasting music all over the place randomly and watch the creature run in circle all day.

We see that there are lots of electrical equipment in the basement and lights are hung all over the house.  So where does the electricity comes from?  If it is from the generator, the generator should have made lots of noise.  It will definitely attracts the creatures.

It is really frustrating to see how the dad died.  I understand that he scarified himself to protect the kids, but the way he died didn’t make sense to me.  When the dad saw the creature on top of the roof, why did he trying to kill it? The creature obviously didn’t see him yet.  Only thing he has to do is stay silent.

The kids eventually roll down the hill inside the truck to their home.  A truck, rolling down the hill in a high speed, makes lots of noise.  It should have brought more of the creatures to the house by following the truck.

Finally, the deaf daughter accidentally discovered their weakness.  It turned out they are sensitive to certain frequency.  You mean to tell me, all the smart scientists in the world couldn’t figure this out earlier?

The sound of shot gun brought more creatures to the basement.  The movie ends here but we all know what happens next.  They finally figured out the weakness and they are able to eliminate all the creatures and save the humanity.

If you can get pass all this plot-holes, it is very good movie. 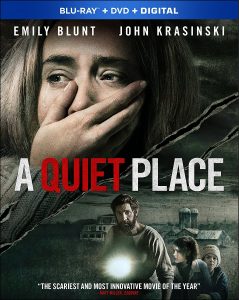 A Quiet Place is great movie if you can get pass all the plot-holes in the movie. [4 out of 5 stars]