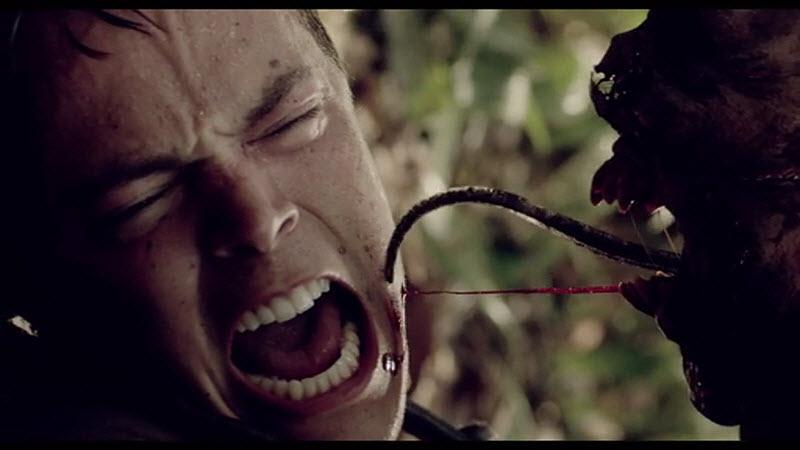 Indigenous is very cliche monster horror film that we’ve been many times before.

The story is just that, group of American young cocky tourist who went to Panama jungle.  They found themselves in the remote part of the jungle and find out there strange creature who are terrorizing them.

I did see this movie because of recommendation from some of other horror fans from internet.  The movie isn’t bad but it just don’t stand out from any other monster horror films out there.  How many times you’ve been film about a cocky American tourist who goes to foreigner country and find themselves victim of horrific monster living in the forest.  The movie is very predictable and forgettable.

The ending also isn’t really memorable and it’s not anything you you want to look forward to.  The movie just ends.

The movie does have scary looking monster and has good decent suspense and actions.  The acting is also pretty descent. The movies takes about 20 minuets in the beginning to setup all the characters but the suspense starts right away.

It does have bit of social media aspect of it where they were able to get attention of the world through social media but I am not sure what the point of it is.

Like I mentioned before acting is pretty descent and all the actresses are all very attractive. The casts include Zachary Soetenga, Lindsey McKeon, Sofia Pernas, Pierson Fode, Jamie Anderson, Mark Steger, Laura Penuela, and Juanxo Villaverde.

The movie is directed by Alastair Orr who have done many horror movies From a House on Willow Street, Expiration, and The Unforgiving. 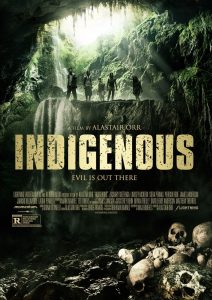 If you are nothing to do on the weekend and want to see some monster movie in Netflix that you’ll forget about it soon after, go for it.

I give 3 out of 5 stars. (Nothing spaciall but isn’t terrible)