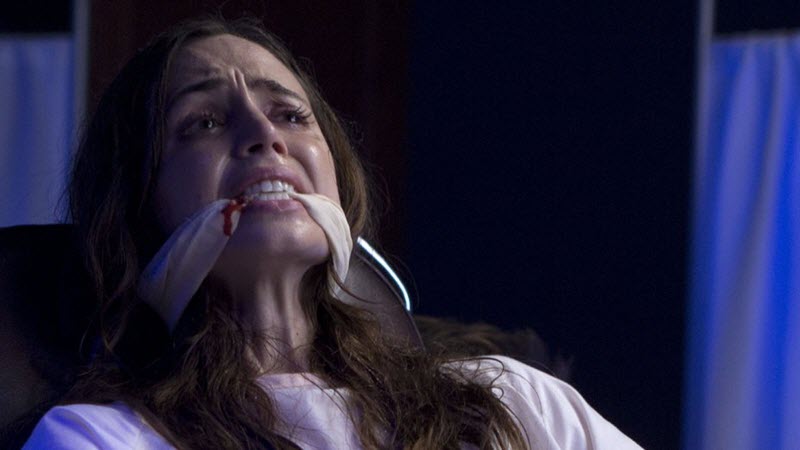 Eloise is not so original yet still pretty entertaining horror movie.

Eloise doesn’t have completely original story but fair interesting story line to keep the movie moving. Eloise about a financially struggling character named Crawford’s who found out that he inherited large amount of money from his father who passed away. The gets interesting when we find out he won’t get the money until he has shown death certificate of her aunt who supposedly has passed since she was next inline to receive the inheritance.  The catch is that she was a patient in asylum and she died in the asylum. In order to expedite the process, he decided to get all the paper himself by breaking into the asylum.

Once he is inside the asylum, he discover that he is not alone.  The movie does get into what happened to his aunt in the asylum and her big secret.

Eloise is typical haunted asylum story line, but the story moves nicely and it does have nice surprise ending you can look forward to.

Eloise is real asylum complex in Detroit, Michigan.  It is located on Michigan Avenue in Westland and it has a long history as a former poorhouse, mental hospital, tuberculosis sanitarium and county hospital. It also has a reputation in paranormal circles as being one of the most haunted places in Michigan.  This makes the movie bit more intriguing.

Lastly, the movie does have made-for-tv feel and it is not really scary, nor has any big jump scares.  It is movie driven by the story and surprise ending. So if you are looking to get scared, you’ll probably be disappointed.

Acting is pretty descent.  I recognize many actors from the TV shows.  The main character played by Chace Crawford (“Gossip Girl”) and his friend played by Brandon T. Jackson (“Tropic Thunder”). Then there is Robert Patrick (“Scorpions”) and Eliza Dushku (“Tru Calling”).

The movie is directed by new director Robert Legato.  He is known as visual Survivor for blockbuster movie such as Titanic, Hugo, and The Jungle Book.

“Eloise” was shot in and around in the Motor City in 2014. It estimated about $7 million in spending. 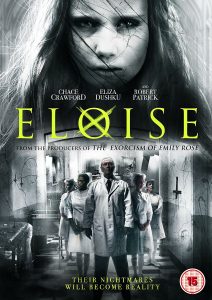 Eloise is not going to blow you away but it isn’t bad either.  So go check it out!