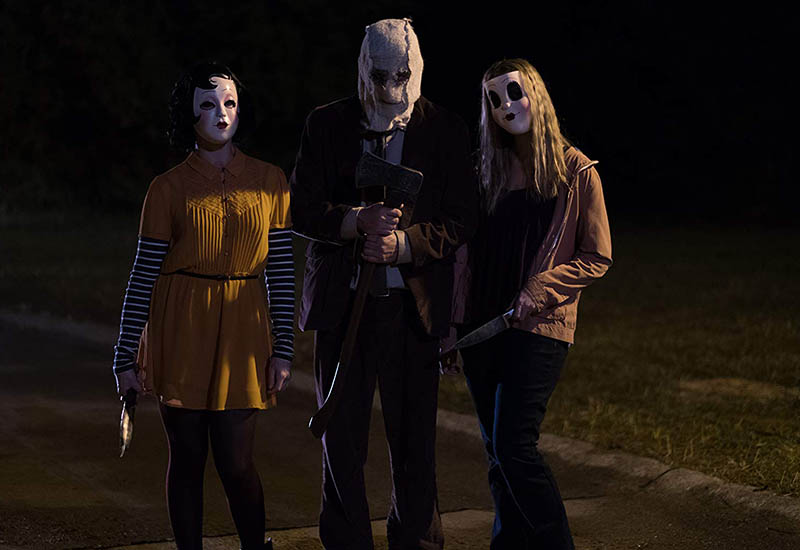 The Strangers – Prey At Night is sequel to The Stranger released on 2008.  It took them 10 years to make a sequel.

A family’s road trip takes a dangerous turn when they arrive at a secluded mobile home park to stay with some relatives and find it mysteriously deserted. Under the cover of darkness, three masked psychopaths pay them a visit to test the family’s every limit as they struggle to survive.

If you enjoyed The Stranger, you’ll enjoy this movie because it is pretty much same movie.  Three mysterious serial killers are back and they are terrorizing different people.

Just like the original, we don’t know much about these serial killers.  There is no character development and we don’t know their motive.

Just like the first movie, the victims make dumbest move to get themselves into more trouble.  The survivors have many chances to leave the camping area and to possess weapon, but they some how don’t do it.  After while, it’s just get really frustrating.

Just like the first movie, it doesn’t really have a story.  But the movie does have non-stop suspense and actions.

The ending doesn’t really stand out.  It does set up for another sequel in the future.  But then again, that is pretty typical way to end horror movie.

The film’s runtime is 85 minutes, which is pretty short for a full featured film. It ends up being a good thing though, as the movie doesn’t waste much time getting straight to the action. It ends up being pretty well paced, which is one of the few things that it actually gets right.

Overall, The Strangers – Prey At Night is a horror sequel which tries to take the original to the next level.  It tries to be even more scarier and thrilling as the original, but it fails to deliver even in its best moments. 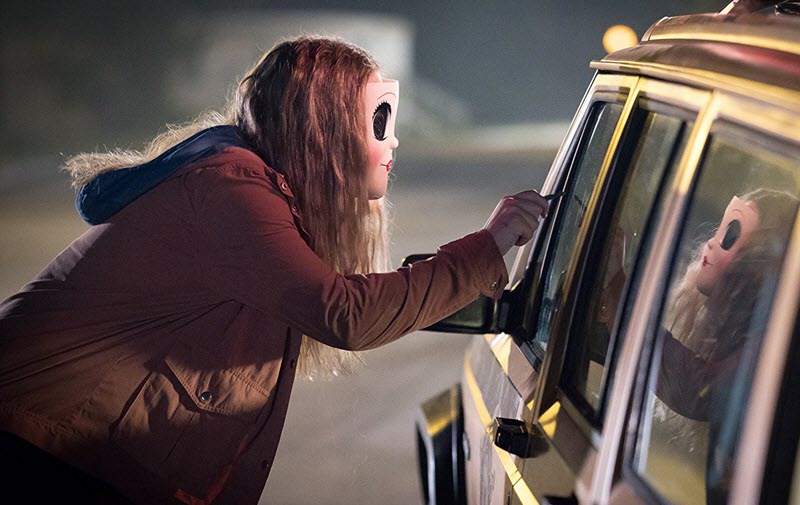 In The Strangers – Prey At Night, these three masked serial killers are back. They appears to be some kind of family serial killers– a father, a mother, and a daughter. Unfortunately, we still don’t know who they are and why they are doing it.

There are many similarities between the original and the sequel. On both movies, the victims make the dumbest moves.  The victims in both movies have access to a gun but they didn’t use it the right way.

But one thing that is different about the sequel is that these serial killers all die at the end.  First one to die is the mother, who gets whacked by the golf club and stabbed by the knife at the swimming pool.  Then the daughter gets killed by the shotgun.  The father killer is tough one.  He seems to be invincible where he survived from exploding truck and continue to chase after the victim.  But he eventually gets whacked by the the bat and dies, or did he?

The brother and the sister of the family are the only ones who have survived.  In the last scene, we see them in one of the hospital room where the brother is still in critical condition.  At the end, she hears a scream outside of the room.  She drops the cup that she was holding as if she knows exactly who is out there.

So who is outside the room?  Perhaps, it’s the father killer who is able to survive from all those abuses?  This might be plausible since he seems to be invincible.  But than again, this is pretty much typical way to end a horror film. 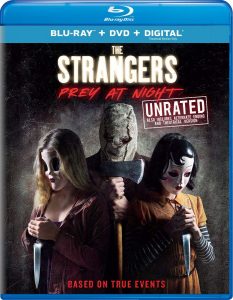 The Stranger – Prey At Night is pretty much same as the original.  If you like the original, you might enjoy this movie.  [3 out of 5 stars]