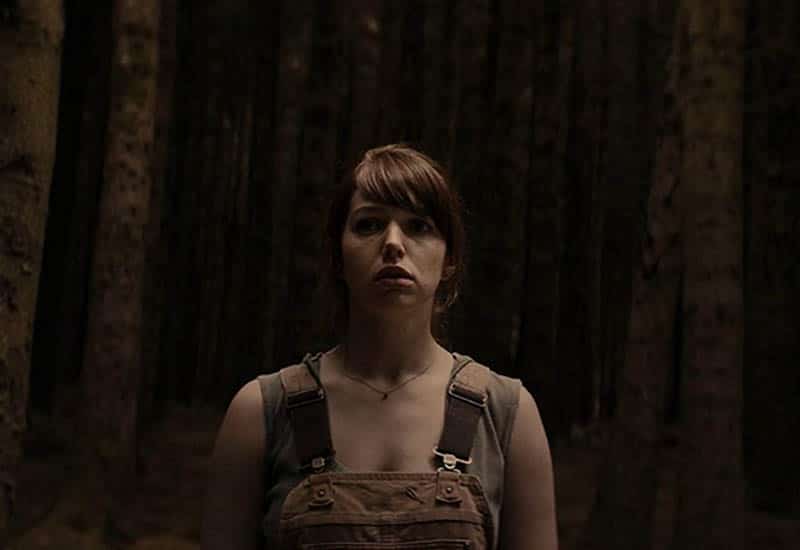 The Hole in the Ground is entertaining low-budget horror-drama film from Ireland.

Trying to escape her broken past, Sarah O’Neill is building a new life on the fringes of a remote rural town with her young son Chris.  Soon she finds herself spiraling into paranoia as she finds her son started to act very strangely. 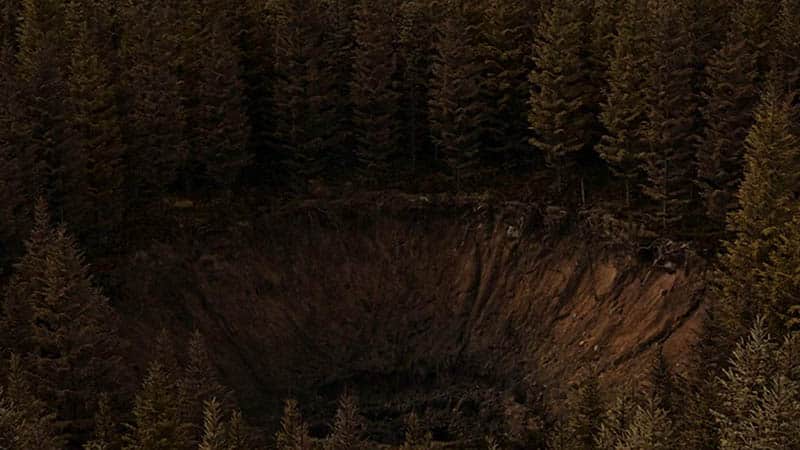 On the surface this film comes across as another semi-grade horror flick. The pace of the movie is very slow and we don’t know too much about the main character, Sarah’s past.  Towards the end, the movie takes on unexpected turn.  And at the end, you end up asking yourself, what is the movie really about?

Even with the slow pace of the movie, the movie got my attention until the end.  The Hole in the Ground starts out as a movie about some kind of evil child.  Some thing about evil children just creeps me out.  This movie is no different.  James Quinn Markey did good job playing the mysterious evil kid.

But the movie takes on the surprise turn towards the end.  The Hole in the ground is low budget movie with very few characters, but it manages to pull off a very chilling atmosphere of dread.

The mom played by Seána Kerslake did a great job portraying a mom who is concerned about her son turn turning into an evil kid..  The movie really manages to make you feel their sense of loneliness as the mother struggle to fight for her son.

Even though there is wild twist in the story towards end, The Hole in the Ground is more of a drama-psychological horror.  Because throughout the movie, we are wondering sanity of the mother.  At the end, we are left to wonder if everything is real or is it just in her head.

Not everyone will appreciate the slow and subtle tone of the movie, but if you enjoyed smart horror like Under the Shadow and Goodnight Mommy, then you’ll appreciate the movie.  The ending is big ambiguous, but sometimes I think it’s okay for movie to leave a bit up to the viewers to figure out by themselves.

The Hole in the Ground starts out as a movie about a demon possessed evil kid.  But the movie takes a surprised turn and it turned into movie about a some kind of shapeshifter monster.  But what most people have missed is that the mother’s mental state is very questionable.

The movie doesn’t reveal too much information about the mother’s past.  I know that the father of her son is not in the picture, and she has big scar in her forehead which supposedly from an car accident.  Throughout the movie, we see her hallucinating and it gradually getting worse.  She also takes medicans regularly.  This bring interesting question.  What really happened to her past?  Is there a dark secret that we don’t know about?

What is interesting is that this type of subtle ambiguity is very intentional. There is a very well hidden parallel story that runs alongside the one which is presented to viewers. We see the story from the perspective of the mother, Sarah O’Neill, who isolates herself and her son in a remote house near the woods. Her delusions gradually increase as the film progresses, and the viewer is dragged in to her fantasy world with these scary monsters.

What the mother is suffering from is Capgras Delusion. Capgras Delusion is the condition in which a person holds the delusional belief that a close family member has been replaced by an imposter. The condition can be caused by trauma to the head.  We do see references to Sarah’s unexplained scar in her forehead.   This condition can also accompany other psychological conditions such as schizophrenia and psychosis. The final part of the film is clearly a psychotic event experienced by Sarah.

If you pay attention, there is lots of reference to mirror which is another hint to Capgras Delusion. The film eludes to the fact that mirrors unmask the true nature of the person. Capgras Delusion sufferers can sometimes doubt their own identity after seeing themselves within a large mirror.

At the end, most likely, all of the supernatural events with monster are all delusional events.  There maybe a mysterious hole in the ground, but there are no monsters and the son never fall into the hole. Most likely son is not acting violently and acting strangely.  It is all of in her imagination.  I do believe she did burn down the house at the end to start a new life, and this explains why she has been moving around and never be able to settle down in one area. 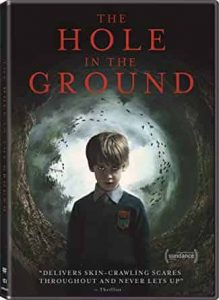 Overall, The Hole in the Ground is entertaining psychological horror drama.  [4 out of 5 stars]