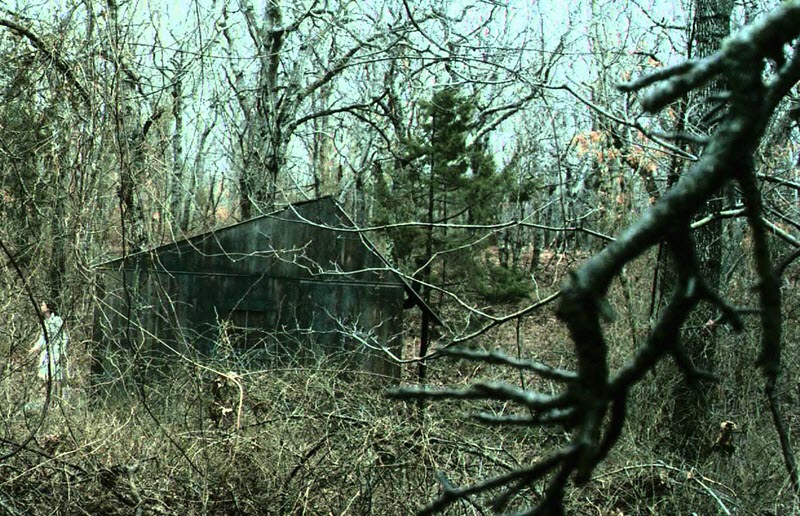 I really like this movie. This isn’t really a horror film but it is like Twilight Zone type of movie. It has bit of sci-fi twist to it with time travel element.

The story goes like this. These three strangers are some how lost in the woods, and found themselves in this small cabin the woods. They are stuck there for few days trying to figure out how they can get out of there. But it seems like they can’t not leave the cabin.  They ended up coming back to the cabin. Meanwhile, as they get to know each other, they realized that they have lot in common with each other. The audience soon realized that these strangers are not in the real world and lot more questions arise.  That is all I’m going to say about the story.

This type of movies is all about how they end the movie. Big portion of the movie is about these strangers trying to figure out what is going on. The last 15 minuet of the movie is where we see all the suspense and action.  I was satisfied how they end the movie. Overall story is pretty good and original.  It does have some element of time travel. The movie does good job explains everything and tie everything together at the end.

This is low budget movie but it’s worth the watch.  The acting is fair.  They are not the best actors but does the job.  The casts include Katherine Waterston, Scott Eastwood, Sara Paxton, Shaun Sipos, Christopher Denham, Jesse Perez, Leigh Lezark, and Vic Finalborgo.

Enter Nowhere is directed by Jack Heller.  He is known for Bone Tomahawk staring Kurt Russell which I also liked. 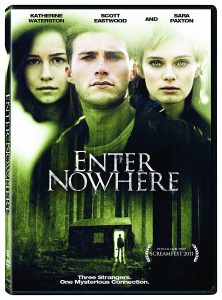